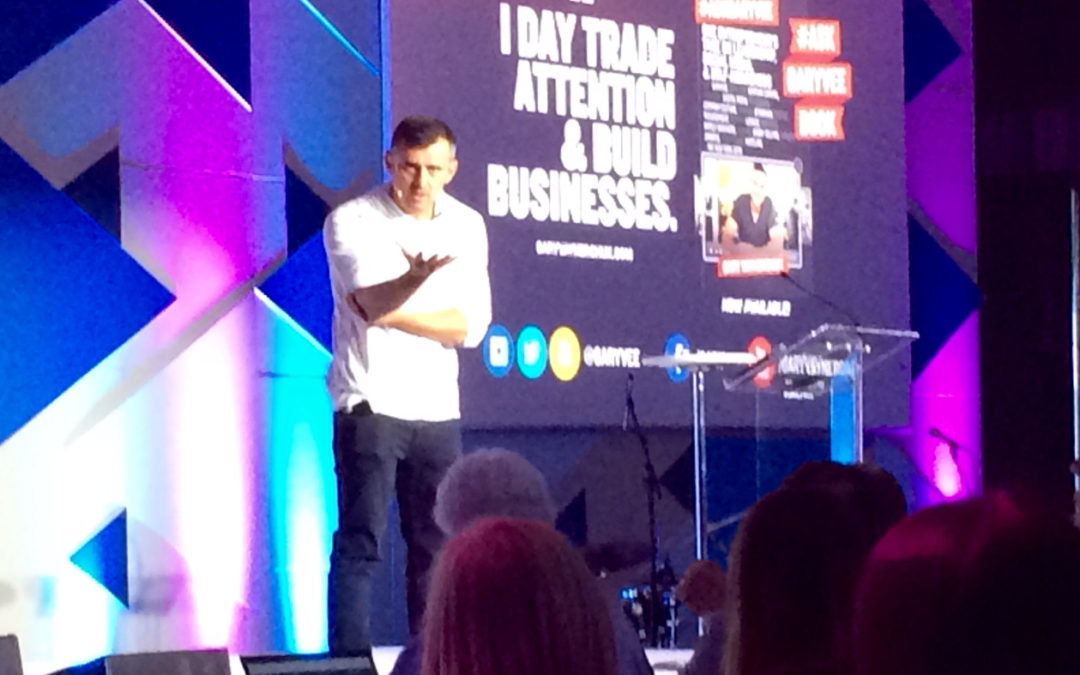 At the end of a two-day conference jammed full of ideas and innovation, when Gary Vaynerchuk stood up and sad that immigrants succeed because they don’t spend money on stupid shit the room erupted with laughter – I laughed to but not for the reason you may think, you see, my wife is an immigrant from Russia who was born in the Soviet Union and has lived in the United States for twenty years. I laughed because truer words have never been spoken. Inna’s philosophy is precisely as Gary Vee described. That’s why Inna and I formed a law firm together. I’m the lawyer, she’s the boss. Why? Because the firms I worked for before spent too much money on stupid shit and there was not enough to compensate the value I brought to the table as a trial lawyer.

As I listened to Gary Vee speak, the thought that we should not spend money on stupid shit hit home to me very hard. I am a trial lawyer. My clients in many instances have a hard time, not only determining the value of my services until after the fact, but also do not ask seek legal advice in the pre-lawsuit stage of a dispute or before a dispute even happens. Why? Because none of us want to spend money on stupid shit – least of all on lawyers who we really don’t know and really don’t understand what they provide of value. Shame on the legal profession. It is not the fault of the consumer that they do not seek advice that can prevent significant expenses – it is the fault of lawyers who cannot communicate the value provided and the fee to be charged so that the value can be compared to the price – stupid shit is only stupid if the value we receive for it is less than or equal to the cost. If what we buy provides value in multiples of its cost – some tangible and some intangible – we have, by definition not spent money on stupid shit.

What’s the take away for lawyers and clients. From my perspective that is easy – communication and evaluations that are transparent and direct. No sugar coatings. No promises that the process with be neither painful nor costly. But rather, simple tried and true honesty. Control the risks that we can, identify the risks that we cannot and be wise enough to know the difference. If that sounds like the Serenity Prayer, it is, only expressed in terms of lawyers and clients. That way, clients can better evaluate risks, rewards and costs – never needing to worry about whether they are buying stupid shit. This post is the first in a series of how lawyers and clients can avoid the trap of selling, or buying, stupid shit. Once lawyers and clients can avoid that trap – the value of the only thing that each and every one of us knows but is all too often unable to face and accept to be true – the limited and irreplaceable amount of time that we have in our lives – will not be wasted on stupid shit.