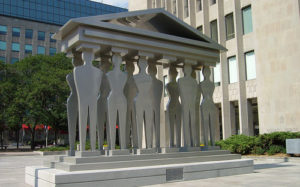 We settled a contentious case two weeks into a three-week trial.

Ever see that on TV?

I didn’t think so that would make for boring TV.

In my case, after the settlement, the opposing client whispered to me, “My lawyer never lost a case, that’s why I use him.”

Really? I thought to myself.

You consider this case a win?

We just settled it – and you paid 50% more than the last offer my client made at mediation, five months ago.

After the settlement, the jury asked to speak to both sides.

The jury talked to the other side first.

During the time, my trial team, to a person, thought – we just dodged a huge bullet. Our client lost focus during his testimony – and it was bad – so bad we were almost certainly going to lose.

Why did the case settle? – the other side was afraid of the jury, you could smell it.

When it was my turn with the jury – as I walked down the hall – the opposing client spoke to me again. “Wait to you talk to the jury. You were going to lose. They hated you. We won!”

I talked with the jury. Sure enough, every single member of the jury was going to reach a verdict for the other side.

But it wasn’t because of who they liked or did not like.

At the end of the post-trial beer and dinner, after our client went home.The team asked me, “What did the jury say?”

I said they were going find for the other side. Our client was going to end up with nothing.

It was my paralegal’s first trial and my paralegal had a question. That takes real guts, I thought. What he did not know is he was showing the kind of guts I require from members of my trial team.

He asked, “Why did the other side settle?”

I turned to the team and said, “If I had been the lawyer on the other side I would have stopped the cross examination of our client after the first half hour and seriously considered not presenting a single witness or asking a single question further.”

“In my view, the jury had already made up their minds – I could feel it in my gut. But the lawyer on the other side was afraid to say, no more questions.”

The lawyer was scared. The lawyer convinced his client that it was time to settle and the settlement would be a win.

My paralegal said, “A settlement isn’t really a win, is it?”

My response. Wins and losses occur only after a jury returns a verdict. Any settlement is a compromise, not a “win.” That’s true even if the client ends up better than they would have if the trial had proceeded to verdict.

If you find yourself in a case likely to go to trial, find out if your lawyer has ever tried a case to verdict. Then find out how many times. If the answer is never – find a different lawyer right away.

If it is less than five and the lawyer claims to have never lost a case – they’ve settled too many and you should think long and hard about if that lawyer is the right one for you.

If the lawyer has a hard time telling you exactly how many cases the lawyer has tried to verdict because it is more than 50. If that lawyer can describe winning and losing. Then that’s the lawyer you should hire. That lawyer will never be afraid of a trial or a verdict.

That lawyer knows there are lots of variables and it is hard to determine which variable decides a given case. If that lawyer recommends a settlement in the middle of trial – you really want to carefully consider and in nearly every case – follow that advice. The lawyer’s gut is saying we have lost. Such a lawyer’s gut is rarely wrong.

Make sure your lawyer has really won and lost verdicts. Any lawyer who has not, cannot give you good advice in the trial process and should be replaced – immediately.