STRATEGIC DEPOSITIONS – A SIGNAL THAT MAYBE YOU SHOULD SETTLE YOUR CASE 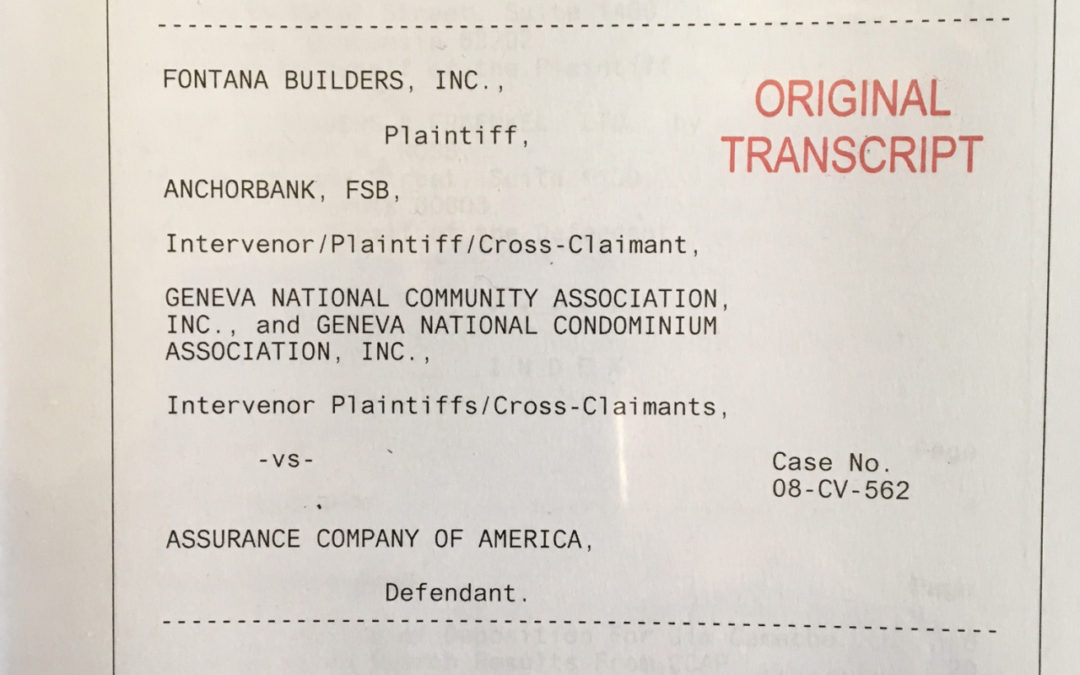 A lawyer who has a strategy to win at trial can be spotted by the trained eye immediately. They do not waste time asking worthless questions at depositions.

In the vast majority of cases who cares about the details of a witnesses education or work history? Who cares how long they have been married or how many kids they have?

More importantly, those questions allow witnesses to get comfortable with the process and give better answers when the everybody cares questions are asked.

If you run into a lawyer in a case you are involved in who starts a deposition with a question that is unexpected or drives right at a critical question – you need to listen carefully. You are dealing with a lawyer who has a plan. And that plan is not to run up costs. That plan is to set up the case so that his or her client has the best chance to win at trial.

You, the client, or the witness have to watch for that type of lawyer. Why? Because in the vast majority of significant cases, young and inexperienced lawyers are sent with clients and witnesses to depositions, even critical ones. Young and inexperienced lawyers are unlikely to be aware of the risks a lawyer with a finely tuned plan and short depositions creates in a case.

Imagine a situation where a lawyer asks this question to start a deposition, “What did my client do that was wrong?” In most instances, when that question is asked there is dead silence and a very uncomfortable time with the witness looking at his or her lawyer to help give the answer or at least object so that the witness has more time to think. Most times, clients and witnesses are not prepared to answer that type of question as the first question asked.

Let me give you two concrete examples of very short depositions that were devastating at trial.

This first example involves a software development case. Fraud claims had been made and the case involved numerous accusations of lawyer misconduct. The case was ugly.

A critical issue in the case was who had written the software that failed. The software provider or a consultant who worked for the software purchaser. The whole case rested on the answer to that question.

The day of the critical deposition came. The witness was the head of IT for the software purchaser. The first question – does your company have the software back ups for the critical time period. Answer, “No.” The second question, were the back ups destroyed? Answer, “Yes.” The final question of the deposition, when were the back ups destroyed? Answer, “One month ago in a routine destruction of back ups?”

The witness, client and lawyer laughed on the way out of the deposition. There were high fives at the elevator.

They had lost their case and did not even know it. Why? They had destroyed the critical evidence nine months after the case was filed and seven months after the back ups were requested in discovery.

The result – much to the surprise of the client and the lawyer – the judge threw out the case for evidenced destruction and awarded $750,000 in sanctions. So much for laughing and high fives.

The second case involved an email that could have been explained away. It said “here is the contract for signature, we are contemplating establishing a fixed price for the contract.” That email was sent by the lawyer who was the primary drafter of the contract to his client’s representatives.

The lawyer and the client knew the whole issue in the case was whether the contract was a fixed fee contract or a percentage fee contract. The difference was more than $1.5 million.

At the deposition of the lawyer, the following two questions were asked. First question, “when was the concept of a fixed fee first discussed?” Answer, “We told your client at the first meeting we had that the contract had to be a fixed fee contract.” Second question, “what was the date of that meeting?” Answer, August 11.

You can probably guess the date of the email – September 16 – not a single question was asked about that email and it was not marked as an exhibit until the trial testimony of the lawyer.

The trial was held in a part of the state with a heavily religious jury pool. The opening statement of the lawyer who had asked about the fixed fee issue contained a Bible verse reference that the lawyer knew every person on that jury would be familiar with and one additional sentence which was consistent with the Bible verse, “We do not hope for things we already have; We do not have to have faith in things we can touch or see; and We do not contemplate making decisions that have already been made.”

The witness had absolutely nothing he could do. He did not hear the opening statement. The lawyers involved in the trial were precluded from discussing what happened with the lawyer until after his testimony. By the time the email containing the phrase “we are contemplating establishing a fixed fee” was read to the jury, the case was over.

If you see this type of questioning at a deposition or if you read a deposition where this type of questioning occurs – you better ask your lawyer what the significance of the questions and answers was – and you better have a lawyer who knows the significance. If so, you are probably headed toward a settlement of your case to limit your loss. If not, you are headed for a full blown disaster at trial.